He is a 34-year-old pro-skateboarder. His board is literally his life for him. “That moment when you get the perfect trick after some hard trials, that’s really very satisfying.”

WHY IS SKATEBOARDING SO IMPORTANT TO YOU? WHAT FASCINATES YOU?

DO YOU NEED TALENT OR IS IT SOMETHING YOU CAN LEARN BY TRAINING HARD?

Clearly, both: the more talented you are and the more you work, the further you will go. Talent without hard work won’t get you far, either. So, besides talent, you certainly need a good amount of dedication as well to make it to the top.

You also get to know yourself and your body better. You learn to coordinate it, to deal with fear, to develop patience and ambition to finish things.

SPORT IS ABOUT COMPETITIVENESS, RIGHT?

DO YOU FEEL THAT YOUR BODY SOMETIMES TELLS YOU TO STOP SKATEBOARDING?

You know, I’m now 34 and have been skateboarding for 20 years. It definitely takes its toll on the body. When you’re younger, you don’t usually worry about your body of the future. So I used to jump big step sets very frequently and for a very long time, which ultimately might not have been so beneficial for my body condition today. I’ve had to learn to deal with the injuries of the past and can actually only continue to skateboard pain-free and at a certain level because I prepare my body for it and also do other sports.

IS SKATEBOARDING A DANGEROUS SPORT?

It definitely can be dangerous. How dangerous it is depends on which spot and trick you choose and how good you are at assessing your skills. So ultimately how risky it can get depends on you. Good self-awareness certainly helps you stay safe.

WHAT WAS YOUR BEST SKATEBOARDING MOMENT EVER?

Absolutely unique was a film shoot in the salt desert in Bolivia: altitude of 4,000 metres, mega bright, the sun was blazing, we wore oxygen masks, I suffered from altitude sickness and we only had four days. But: the skatepark was built especially for us out of salt blocks. That was really special, because no one ever skateboarded there again afterwards. 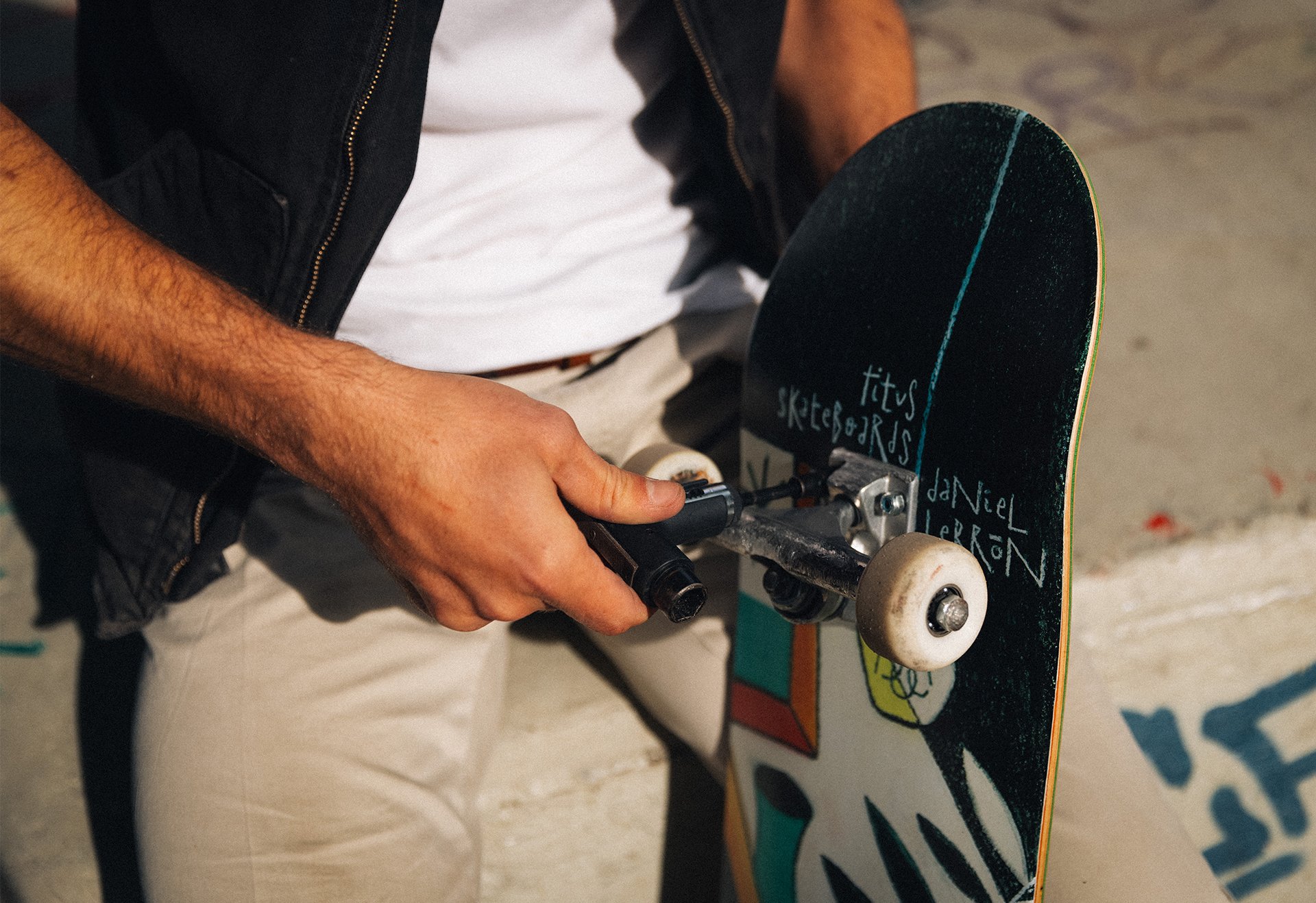 YOU’RE STUDYING CLOTHING TECHNOLOGY BESIDES YOUR SKATEBOARDING CAREER. WHY IS THAT?

It started with a desire to tailor my own trousers. I wanted them to be something different than you could get on the market, in line with my preferences and requirements. So I taught myself to sew and it just made sense to study the subject to acquire a higher level of knowledge about pattern construction and everything that goes with it

AND HOW DOES THAT FIT IN WITH SKATEBOARDING?

I’m pretty detail-oriented. That’s why I want to express myself as perfectly as possible when I skateboard. Besides the actual skateboarding, my clothing style is also part of the whole. That pushes me to develop new ideas and keep going. So both of my passions complement each other.

It’s only you who defines yourself the level of perfection you want to achieve and no one else.

IF YOU COULD MAKE A WISH FOR SKATEBOARDING IN GENERAL, WHAT WOULD IT BE?

I wish that skateboarding were more integrated into the cultural city scene and that skateboarders weren’t pushed to the fringes of cities. In my opinion, it clearly belongs in the cityscape. Skateboarding could be integrated into urban development in general, like in Denmark, for example, I’d love that. Otherwise, skateboarding is developing quite well. It’s become an Olympic discipline now, so more public money can go into promoting it, which means more skateboarders. In addition, during the pandemic period many people have rediscovered the simple things – the board and you, and that’s it.

WHAT ULTIMATELY DRIVES YOU TO STEP ONTO THE BOARD TIME AND AGAIN?

These words sum up what this campaign is all about. Different brands with different backgrounds and different origins share the same attitude – towards customers, challenges and quality. Who would be better suited to embody the idea of a shared attitude than athletes from different sports? They all do different things and yet they are driven by the same will to improve in what they do. This analogy is at the heart of this campaign. Do you want to find out more about that? Click below and check out the campaign!

More about the Campaign

Find out more about our brands